What else would you do at night than walk up a volcano? Well, in Nicaragua the night actually is the best time for doing so since temperatures fall to a refreshing 25C (80F), instead of the daily 35C (95F). After having had nice excursions with Quetzal Trekkers Xela in Guatemala, I decided to give Quetzal Trekkers Leon a try and join their full moon Telica hike.

Quetzal Trekkers is one of the most amazing NGOs I’ve seen so far. Founded about 20 years ago as a way of turning tourist money into local aid projects, this group is purely (international) volunteer run with most of them staying for a few months only. Anybody willing to spend at least three months hiking through the beautiful mountains with a group of tourists of all hiking skill levels can apply for joining the group. The most important task apart from keeping tourists from killing themselves seems to be training the new guides and passing on knowledge. This process is highly optimized by now. With the money, they raise, Quetzaltrekkers supports education for street kids in Xela, and  underfunded community development projects in and around León.

For the full moon ascent, we met with 19 people at 9:30 PM in the Leon QT office, had dinner with instant coffee and, after grabbing 4l of water each, headed out in the backs of two trucks. After about an hour of reasonably bumpy Nicaraguan roads, we arrived at a little village, got off the trucks and started our walk up the volcano by passing by some hot mud pools.

The trail itself was moderately exciting, very dusty and passed by a lot of little wild fires. One of our guides, a local from Leon, said the fires were the results of people smoking out iguanas for lunch / dinner. As they were practically static, they didn’t pose any serious problem and after a few hours of walking, we all arrived at the crater rim. On the animal side, we saw a toad an a little snake. 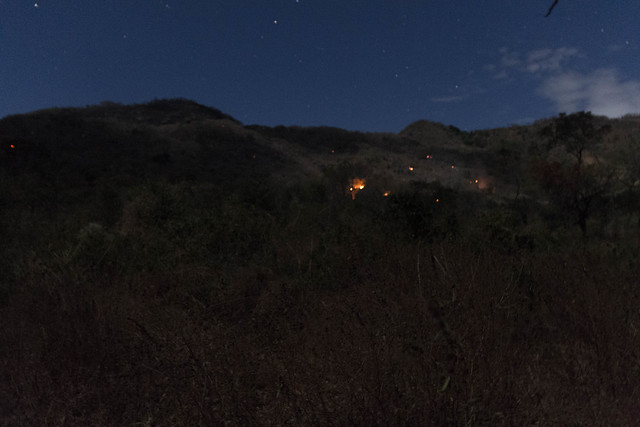 Fires on the volcano flank 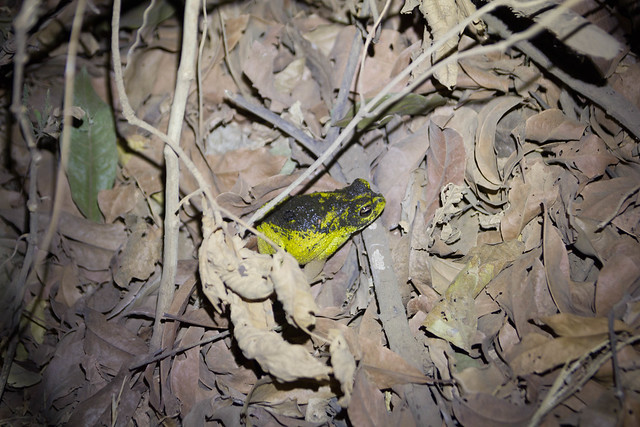 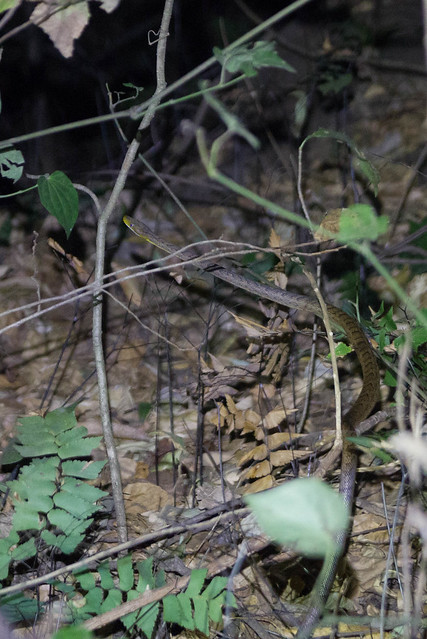 Once we arrived at the crater we could look down into the steam cloud and – at times – see a little bit of orange glow from the lava. After a couple of photos we headed a bit down again and crashed in place for an hour or two of sleep. At sunrise we ascended on a neighboring peak and enjoyed the view of the steaming crater and the neighboring volcanoes. 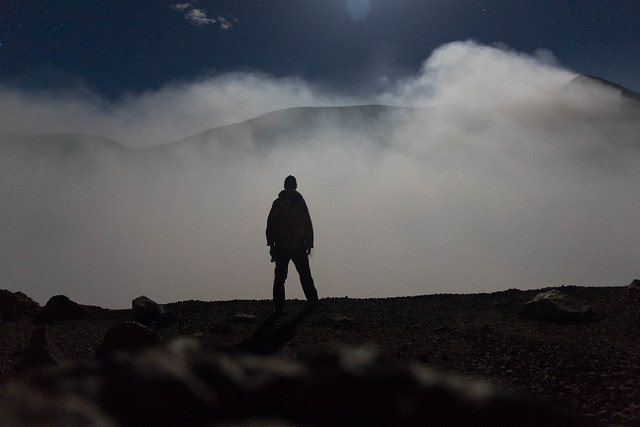 In front of the crater 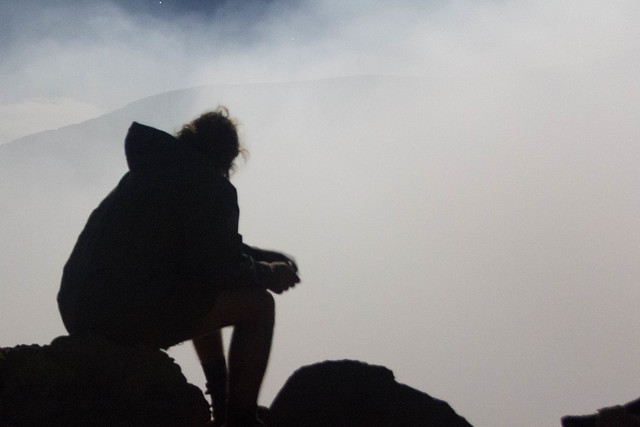 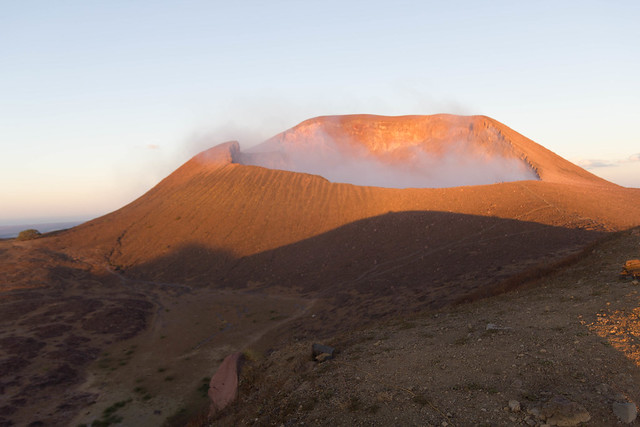 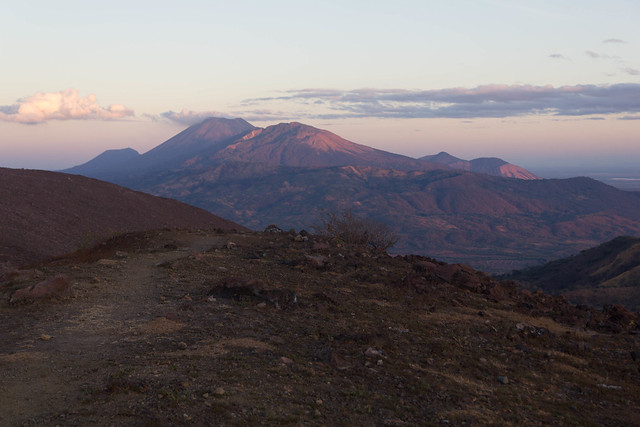 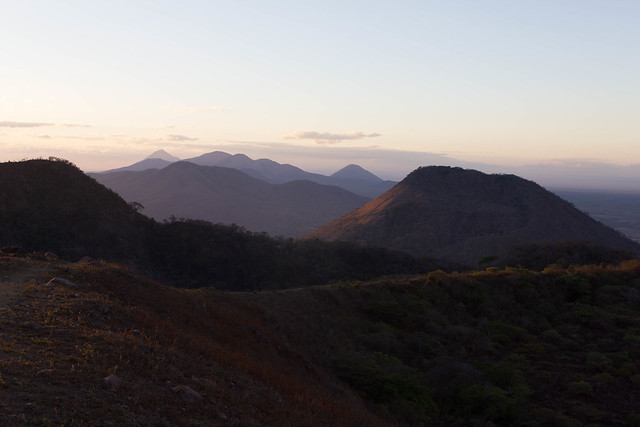