After the one-night-hike up and down Telica, it was time for a longer trip during daylight. With the proven team of Quetzal Trekkers a had two amazing days walking up and down volcanoes with a bit of sliding in between.

We started at 7 AM with packing our stuff and a little breakfast consisting of eggs, yucca (imagine tasteless, kind of hard and dry potatoes), and fruits. A bit of instant coffee helped wake up (Rainer, I know now what they do with the good old Sandino Droehnung). Once everybody was fed and had their gear (including about 7-8 l of water) we drove to Cerro Negro. 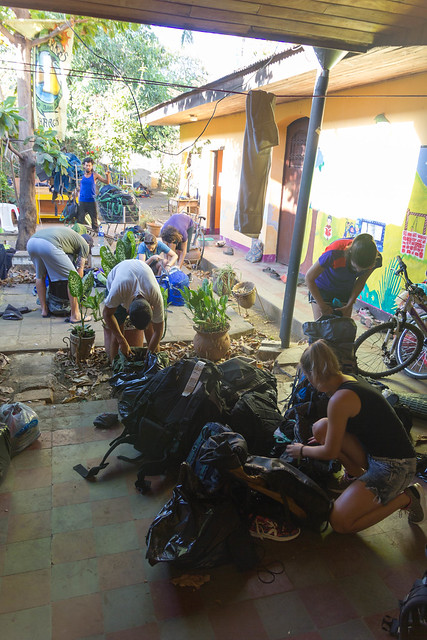 Sorting out the gear. 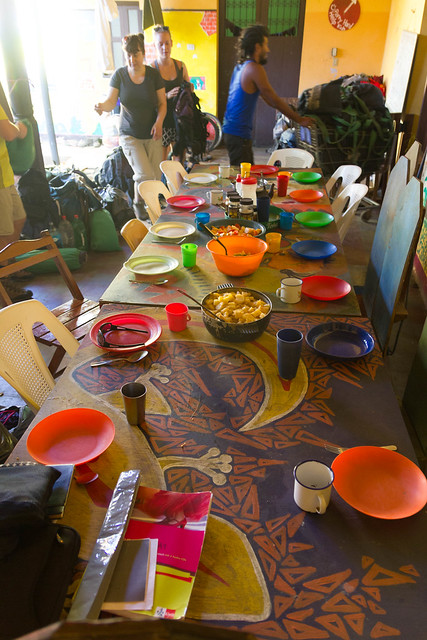 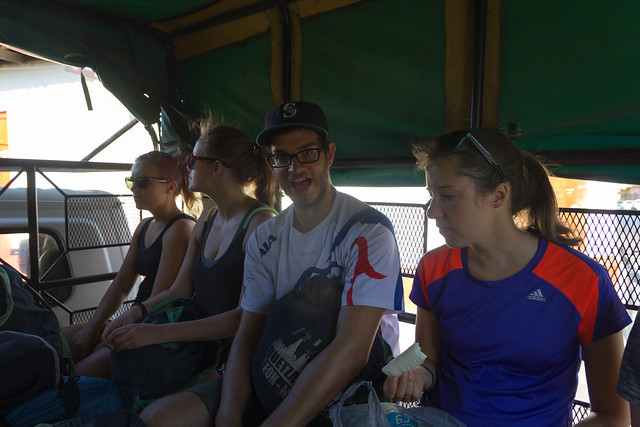 On the way to Cerro Negro and the Las Pilas / el Hoyo volcanic complex.

At Cerro Negro it was time for lavaboarding. We walked up the volcano with lavaboards (wooden boards with a sheet of metal on the bottom and a handle for holding on to it. Once up there, we put on thick cotton overalls, gloves and googles. Protected from the ash, we slid down the hill. The general agreement was that it was nice to have seen it but snow is a lot nicer in your face than sand and gravel.

[Quetzal Trekkers took photos and promised we’ll get them soon, I didn’t want to have my camera graveled.]

After a quick snack we walked up the 5.3 km to el Hoyo in the midday sun. According to my phone’s GPS tracker, we gained 530m, maximum: 945m in a total of about 3 hours. After setting up camp, we did a quick ascend to the sinkhole. This is an almost perfectly circular hole in the mountain. The traditional explanation (that I would immediately support) is that this is a sinkhole. There seems to be the deviating opinion, this was the direct result of an eruption, but to me the whole thing looks to perfectly punched out with no crater rim or obvious outflow, or so. Geologists, any thoughts? 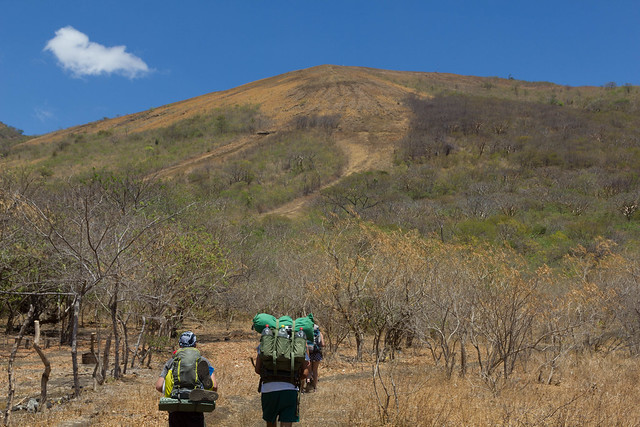 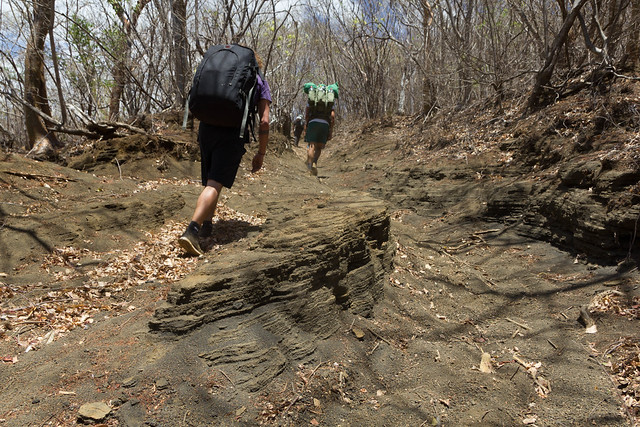 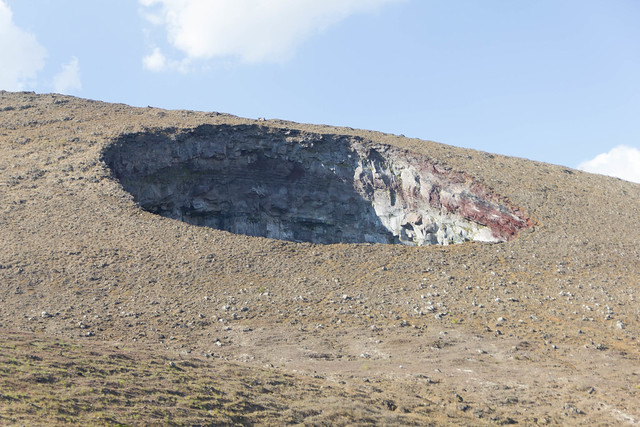 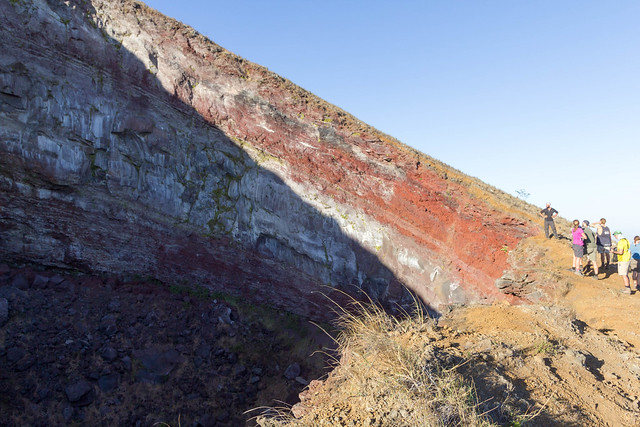 The hole, humans for scale.

On our way to the summit, we passed by a sulfur/steam vent. After taking a gazillion photos during sunset we returned to our campsite for chili with rice (there is no escaping beans and rice in Central America). Well fed, we went to bed after toasting some marshmallows, or taking photos of the night sky. During the night, the wind gave our tents a thorough testing that, by and large, they managed quite well. 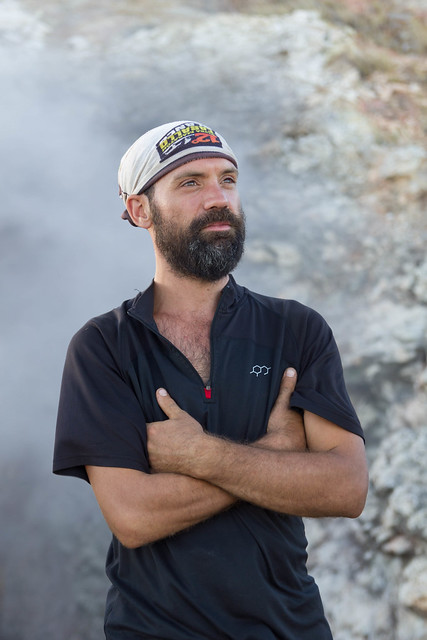 Robin, one of our guides, in front of the steam vent. 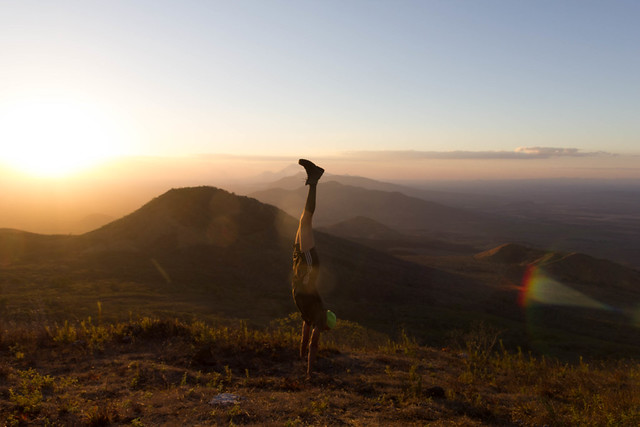 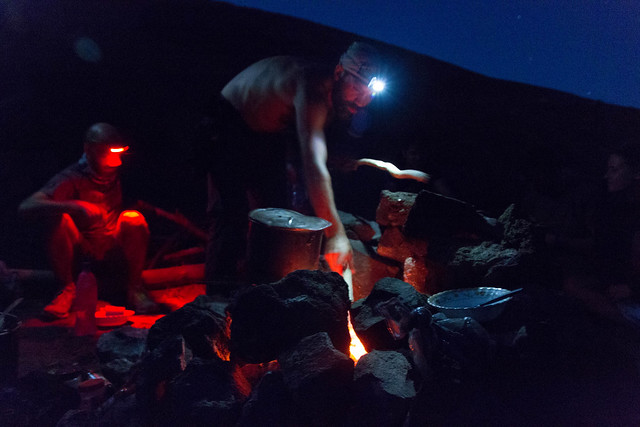 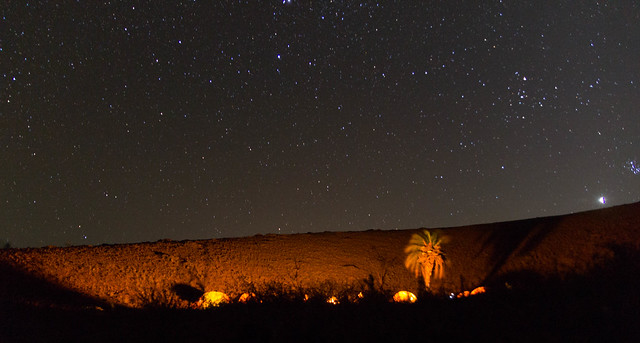 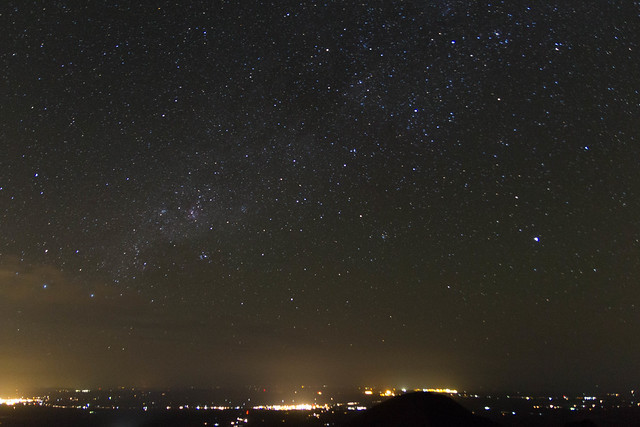 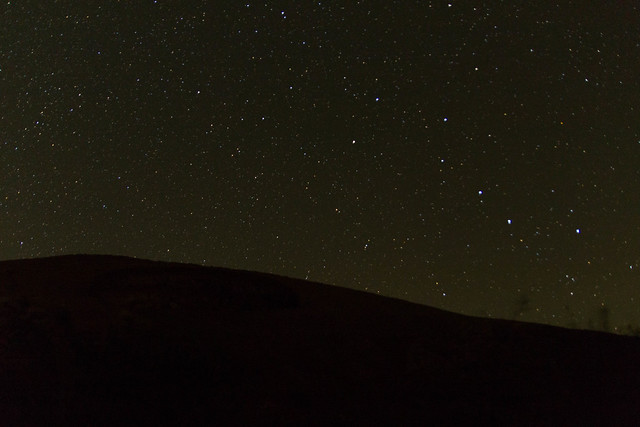 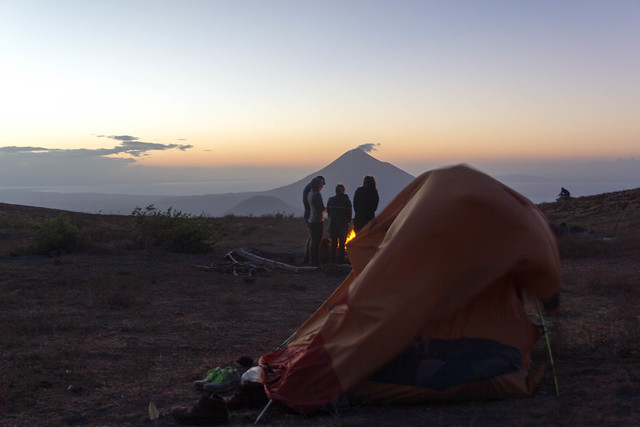 After a porridge breakfast, we descended to a nearby crater(?) lake where we took a refreshing swim, and had tortillas with beans and veggies. Refreshed we soaked our shirts during the following quick ascend to the rim of the lake crater and hiked out to the next road. We caught a ride on a passing truck that ended 1 mile before the intersection with the main road when the truck engine overheated. A bit of walking later, we arrived at the intersection and immediately caught a chicken bus that returned us to Leon. 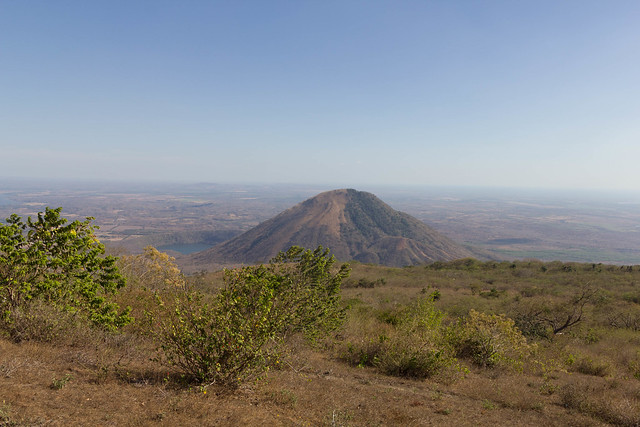 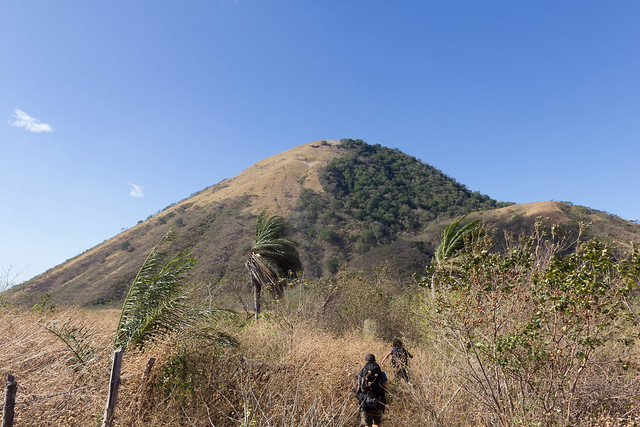 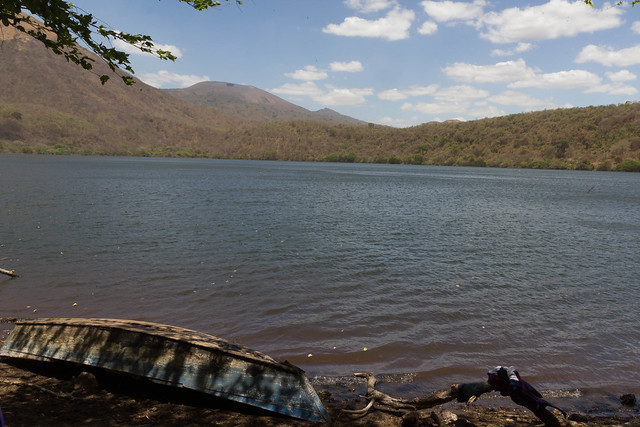 Time for a swim. 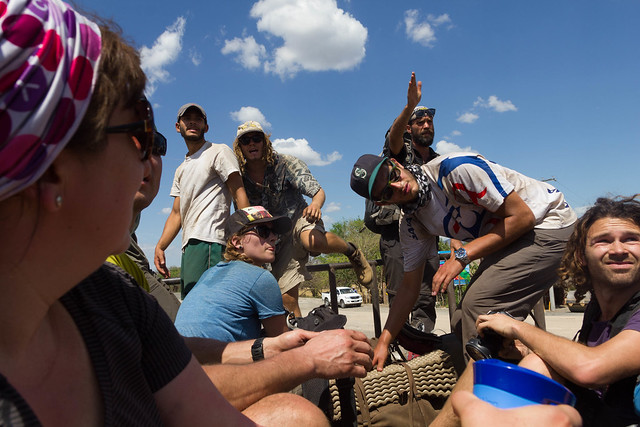 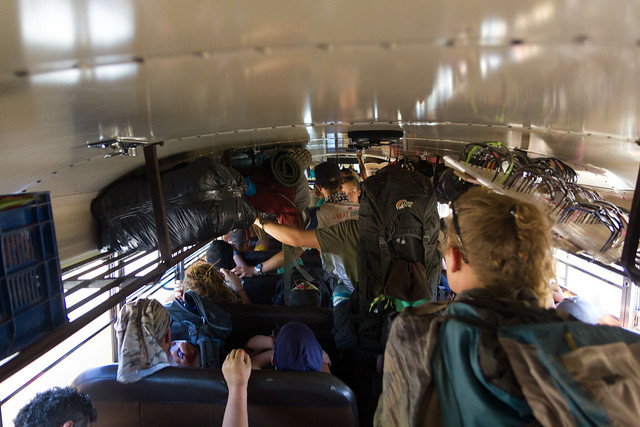 On the chicken bus.