After visiting the volcanoes around Leon, it was time to move on to a place where the towns were a bit higher and thus cooler. My first stop was Matagalpa. With daytime temperatures around 30C this place was a welcome refreshment. At night I even used the sheet and a T-shirt (in Leon I used neither of the two).

On my first evening there I met Sharon and Naomi. With them I went to the selva negra (black forest) on the next day. This is a coffee plantation in the hills where you can walk on a bunch of trails through the cloud forest. For a mere US$20, I joined a guided tour that showed me around a bit and explained the ways they use to counter pests and the coffee plant nursery. On the way home I decided against watching the cockfights in the nearby settlement. 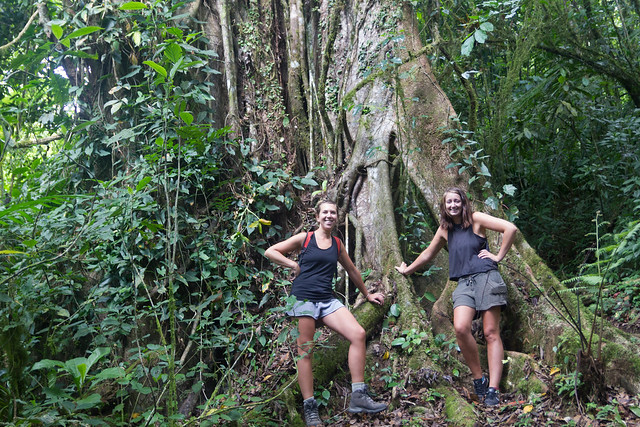 Naomi and Sharon in the black forest. 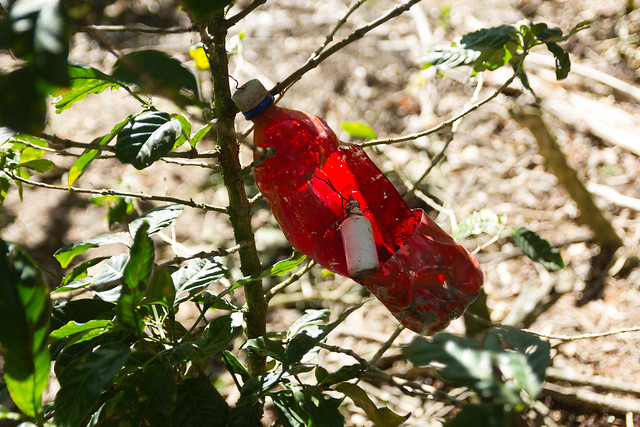 Bug trap – the red bottle looks like a giant coffee bean and the little bottle contains some mix of coffee flavor and alcohol that attracts and kills the bug. 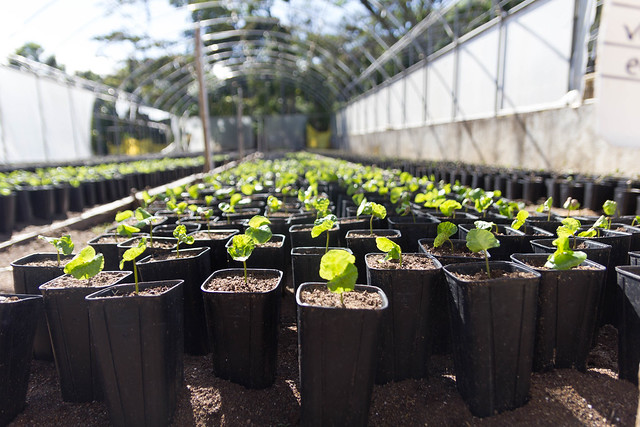 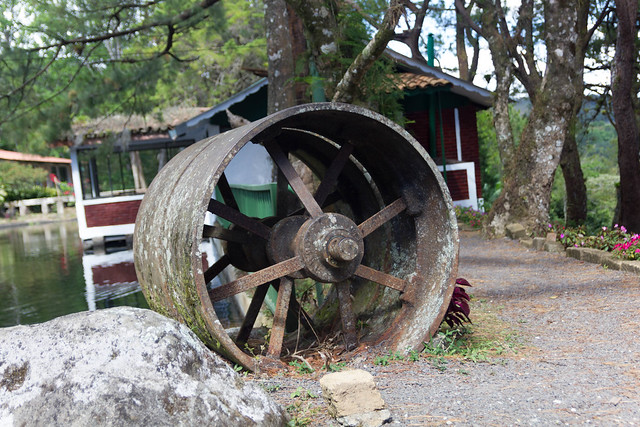 A wheel of the terrocarril – a train that went on bare soil (not very successfully).

On the next morning I found a new teammate for the way to to the cross and virgin that are towering above the town. A few bus hours later I arrived in Estelí. The local non-profit hostel Luna proved to be my most expensive hostel in Nicaragua so far. Not having a kitchen definitely did not improve the deal. Let’s hope that the a salary the owners pay themselves is not too high and there actually is some of the money arriving in the community projects as advertised. 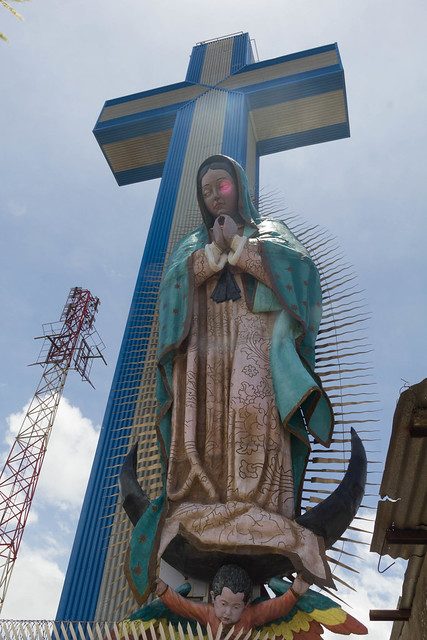 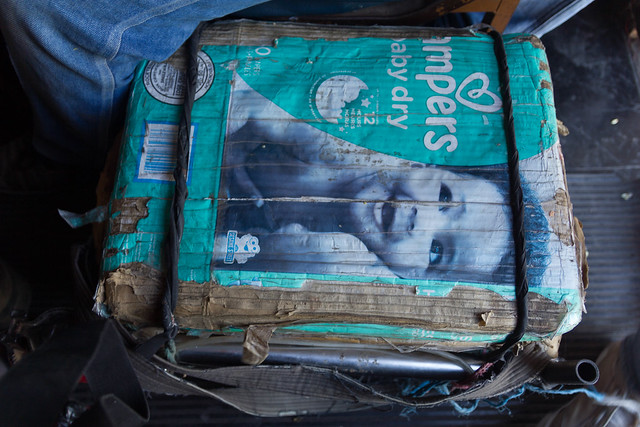 A conspicuous Pampers box on the bus to Esteli… 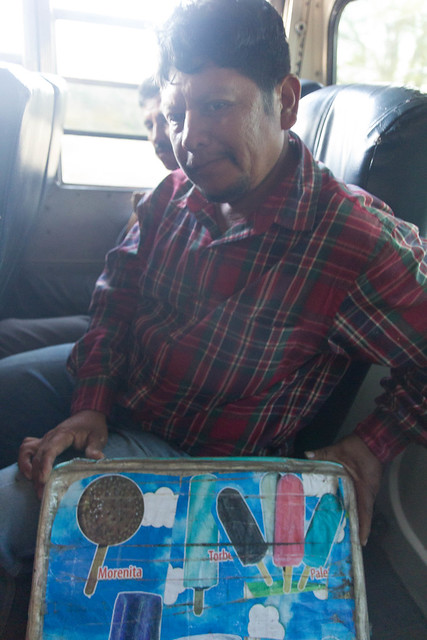 … proves to be filled with ice cream.

One night later I headed over to the Somoto canyon where I met Daniel and Dana from Potsdam, Tillmann, and Julia. Our guide led us through a sequence of walking and swimming sections and offered opportunities for jumps along the way. He also carried a dry bag with our cameras, allowing ample opportunity for photos of the beautiful canyon as we went. The last bit of the canyon, the water was not very inviting and we were shuttled in a rowboat. Lesson of the day: it’s not enough to bring sunscreen. You actually have to apply it… 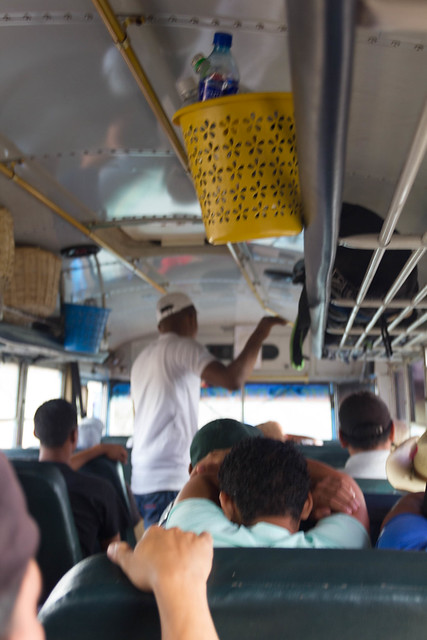 Trash cans on a chicken bus – usually trash is just thrown out of the window – your neighbor will do it for you if you can’t reach the window. 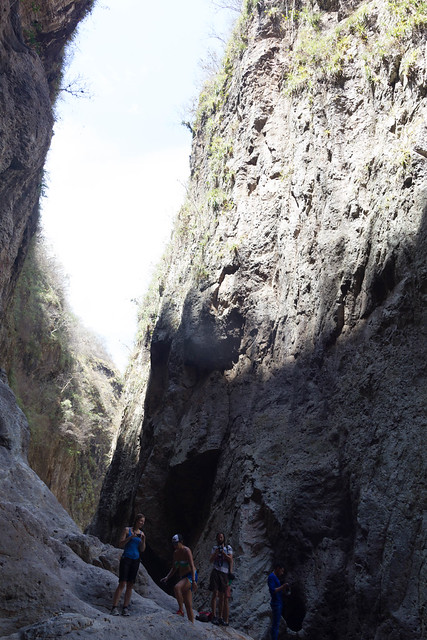 Dana, Julia, Daniel and our guide in the canyon. 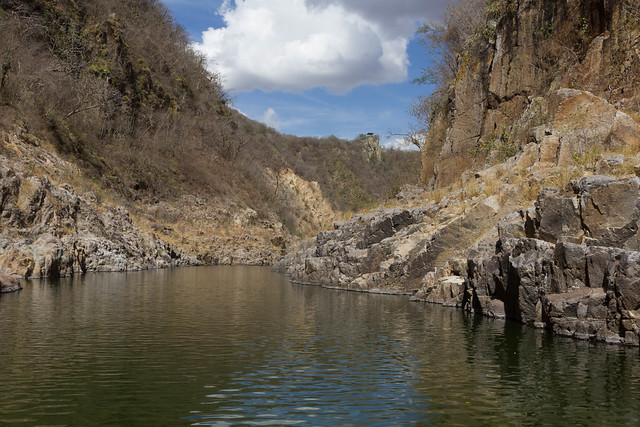 My second day in Estelí was pretty relaxed. There is not sooo much exciting stuff to do there and if you are not up for reading pages and pages of text in the gallery of heroes and martyrs, this exhibition also does not take too long. 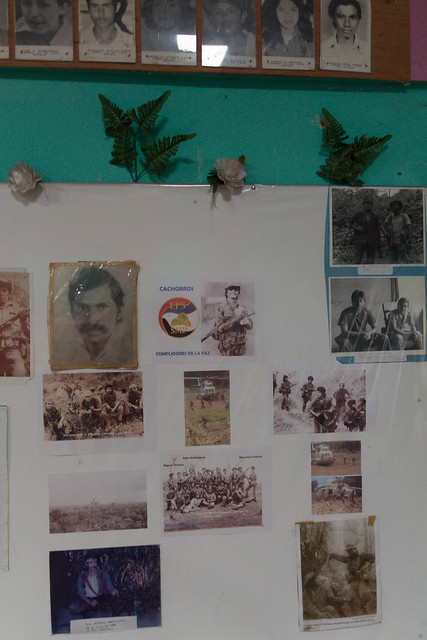 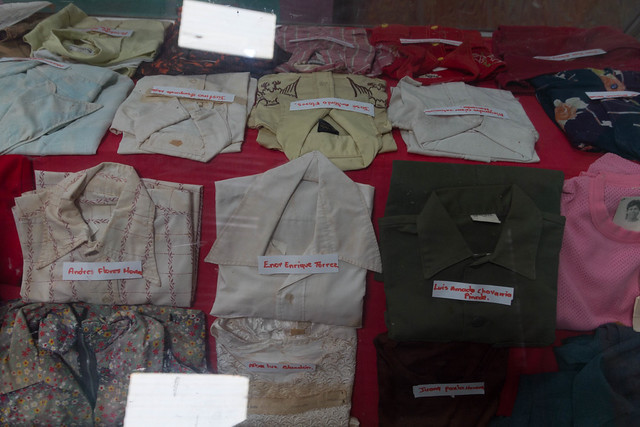 Shirts of Heroes and Martyrs.