As a little preparation for the Caribbean coast, I went all the way south through Nicaragua to Ometepe Island in lake Nicaragua. After a day on buses, taxi and ferry, I arrived at the Zopilote, a permaculture farm / hippie holiday resort. With the passport as deposit, food and drinks are gladly put on your tap and the first night is all that needs to be paid before checkout. 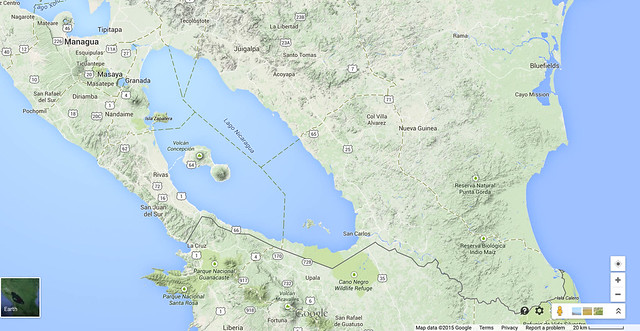 Lake Nicaragua with Ometepe in it – The lake is going to be affected by a Chinese trans-american-canal project. Map: Google 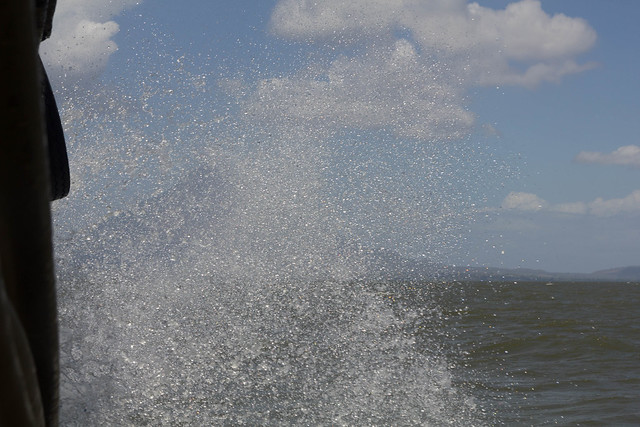 On the way to Ometepe. 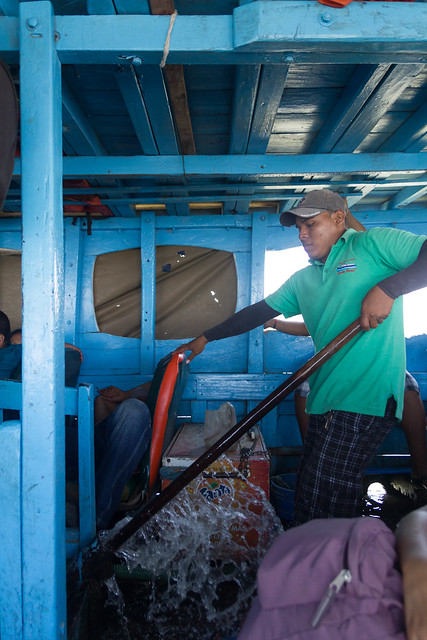 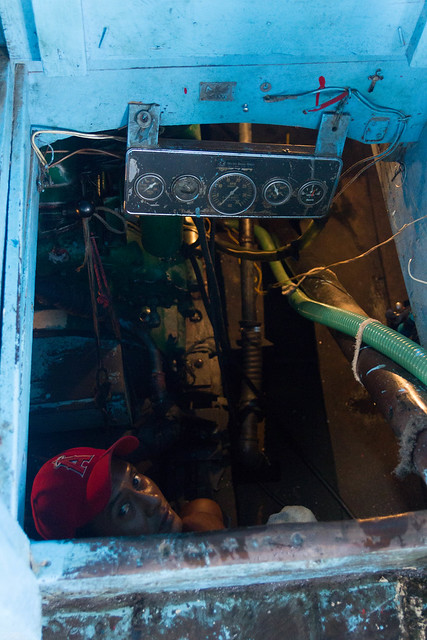 After the morning yoga I had some locally baked bread (actually realistic) for breakfast and met Geneviève, an artist from Montreal.

The next day I mostly spent walking around and taking photos. In the evening I ate a pizza that I should probably not have eaten. While you never really know what got you in the end, there were quite a few people with stomach / digestive problems at the Zopilote (and not for the first time), and the pizza was a prime candidate. 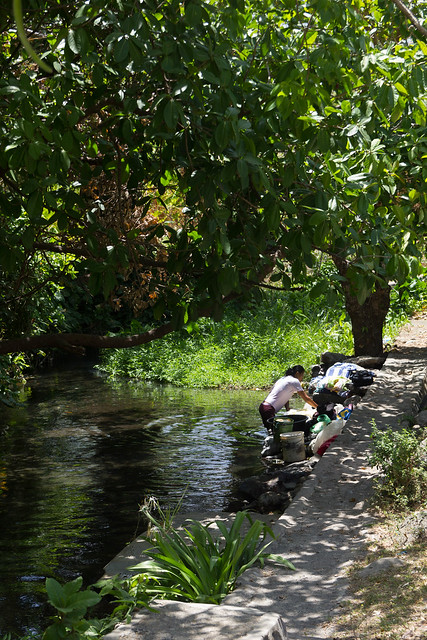 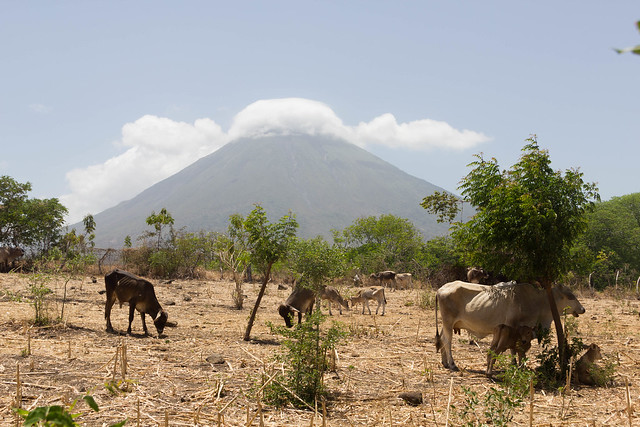 Cows in front of Concepcion. 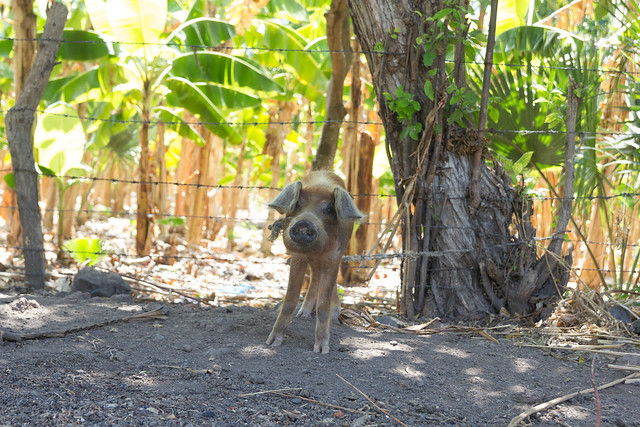 Under the influence of the pizza, I went up Maderas, the volcano of the southern half of Ometepe with Anna and Nadine. After making our way through the hot and dry lower part of the slopes we arrived in clouds and cloud forest. This contrast was amazing. Another two or so hours of sliding up and down the muddy path we found ourselves on a rather dry slope overlooking a sea of clouds. We decided to take a lunch break before moving on. While we were preparing bread with hummus and cucumber, the clouds opened and we got a beautiful view of the Laguna in the crater. Freshly strengthened we returned, through mud and dust. Meanwhile Nadine’s boots were taking their toll on her feet. Once Nadine practically couldn’t move any more, the gals swapped shoes and the boots took Anna’s feet apart, too. 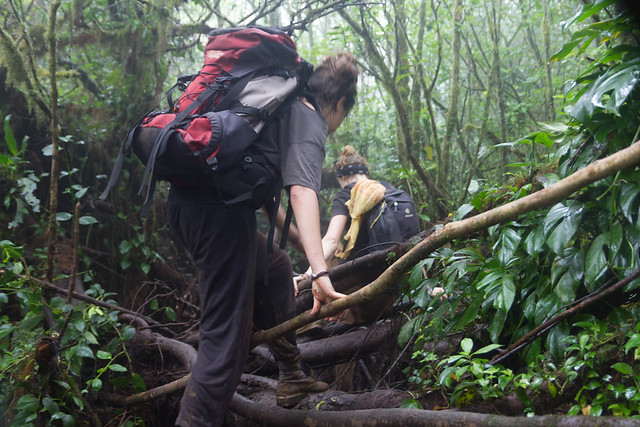 Going up and across Maderas. 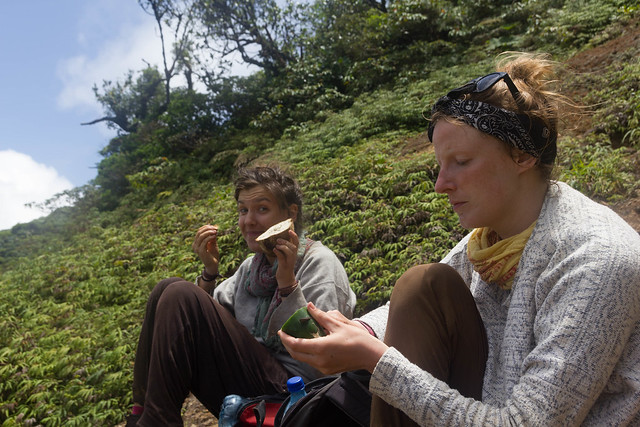 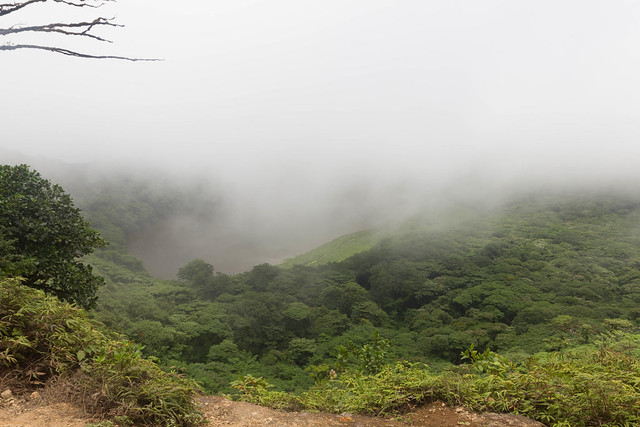 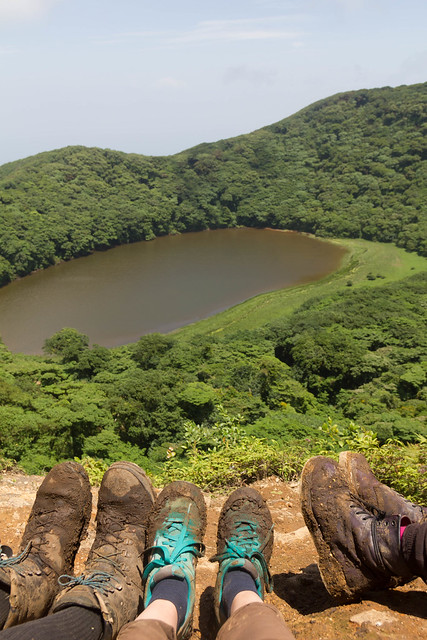 On the next day I basically waited for the evening when the ferry from Ometepe to San Carlos brought me to the other side of the lake and one step closer to the Corn Islands. 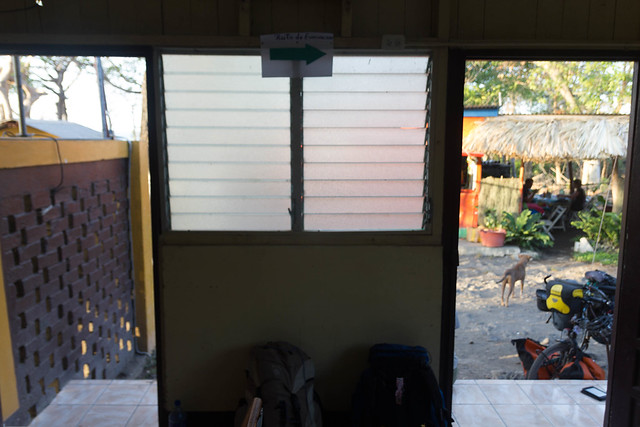 Waiting for the ferry. Please flee through the right door 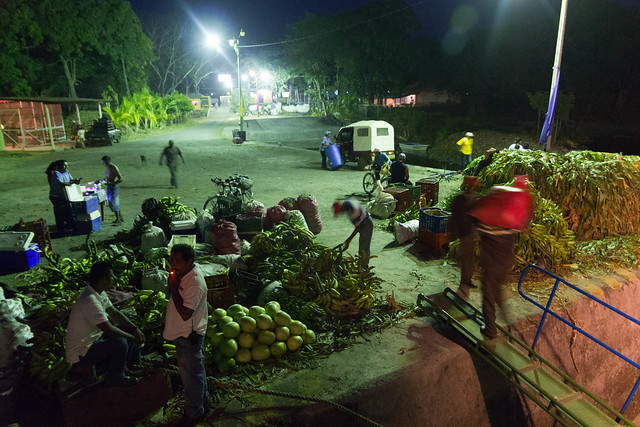 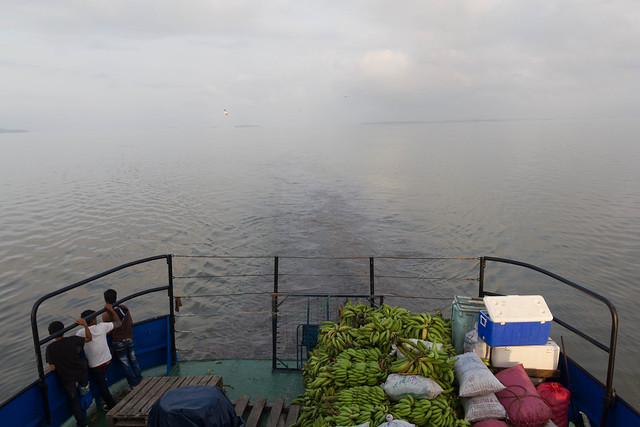 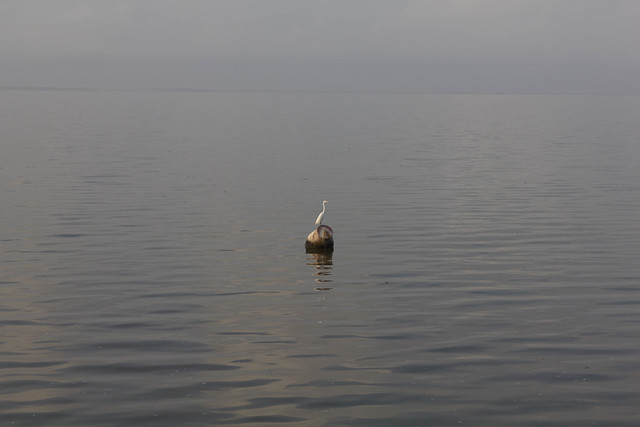 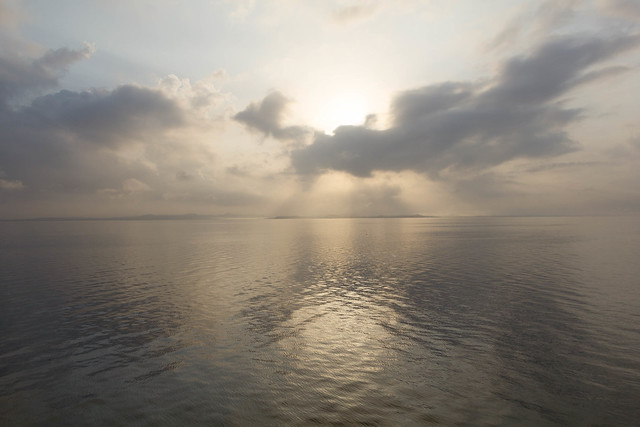